In our hunt to find a small village/town that retains its character and has somewhere local to eat etc, instead of busy highways where a ‘high street’ is basically a strip of highway with big chain restaurants all over the place, where you cant walk and have to drive, we found Tallapoosa!  Now, don’t get me wrong, there are surely lots of lovely little towns and villages, (we saw many in Louisiana) but we struggled to find them along our route and were very surprised that we were told on more than one occasion that the high street was effectively just a strip of the main road with McDonalds, Sonic, Cracker Barrel and a gazillion other chains, where you cannot park and walk along but have to drive (there are no pathways).  So by this time we were craving a walk around a cute little town and looking in little local shops, galleries, restaurants/cafes etc.  Tallapoosa is one of those places, albeit somewhat smaller than we may have intended lol.  It was such a cute little village with lots of historic houses and was established around 1860 on land that was previously inhabited by the Creek Indians.  In fact, Tallapoosa is a Creek Indian word which means the golden river (which gives you a clue why people started settling here), also known as Possum Snout (after a Creek Indian with that name).  The town/village centre itself has a railway right through the middle, raised slightly, which separates one side of the street from the other.  With a gallery showcasing local artists (some of the items in there were great, including a little turtle i fell in love with made from i think walnut, alabaster and a bit of copper and a huge frog), a few little trinket shops and a cute little cafe (where i had a root beer float yay!!! So much better than a cream soda float i had as a child which was super sickly) there wasnt really much here but it really was a beautiful spot.  We drove around for a while just exploring and spying on some of the houses.  We drove down one little land and got stopped by a random horse just standing in the middle of the road.  We edged our way past him and stopped so i could dash up to a house to let them know that one of their horses had escaped.  Turns out Baxter (i cant remember his real name but Glen is convinced this is it, its not but lets just pacify him :p) is an old boy who regularly prowls the lane cos his field mates bully him a bit and stop him getting to the food.  He is a poorly boy, very old and basically they let him do what he wants now.  Incidentally, the people that own the horse also own the two dogs that just sit in the middle of the road and refuse to move for anyone lol.  The lady who i spoke to was not the owner but frequently returns home and has to try and maneuver her car around them.  She also just shouted to me to come in when i knocked on her front door, such lovely people, very trusting, i could have been anyone.  Anyway, we had a lazy and rather lovely day just prowling around and enjoying the scenery and the beautiful village before we had to leave and get a little closer to Atlanta to find a hotel before our flight home tomorrow (boo!).

PS STILL have not seen a single (live) armadillo or possum and apparently the locals think it makes me a little crazy to want to see one.  Actually, they laugh when you ask about it.  Pft. 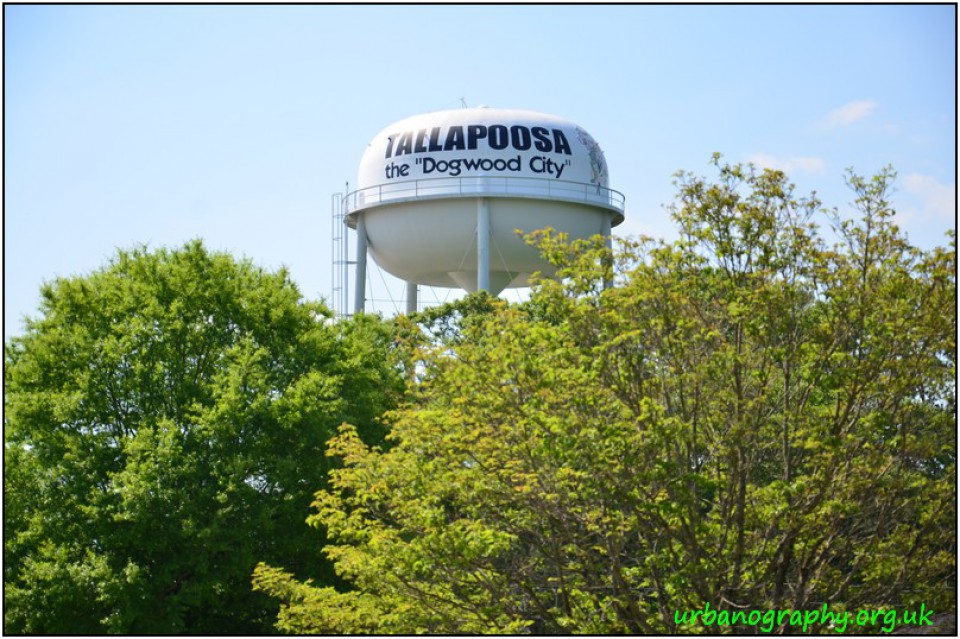 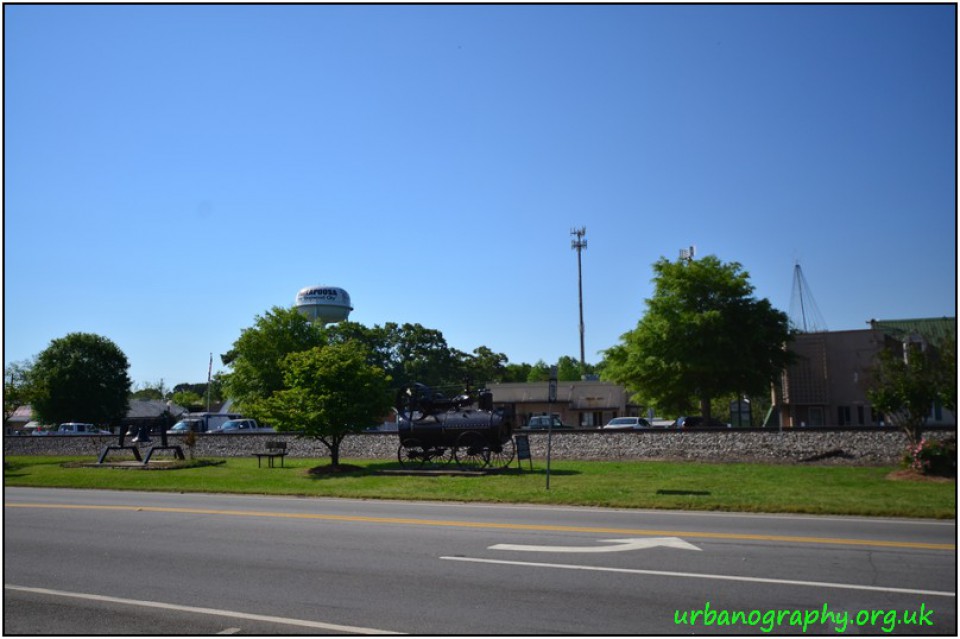 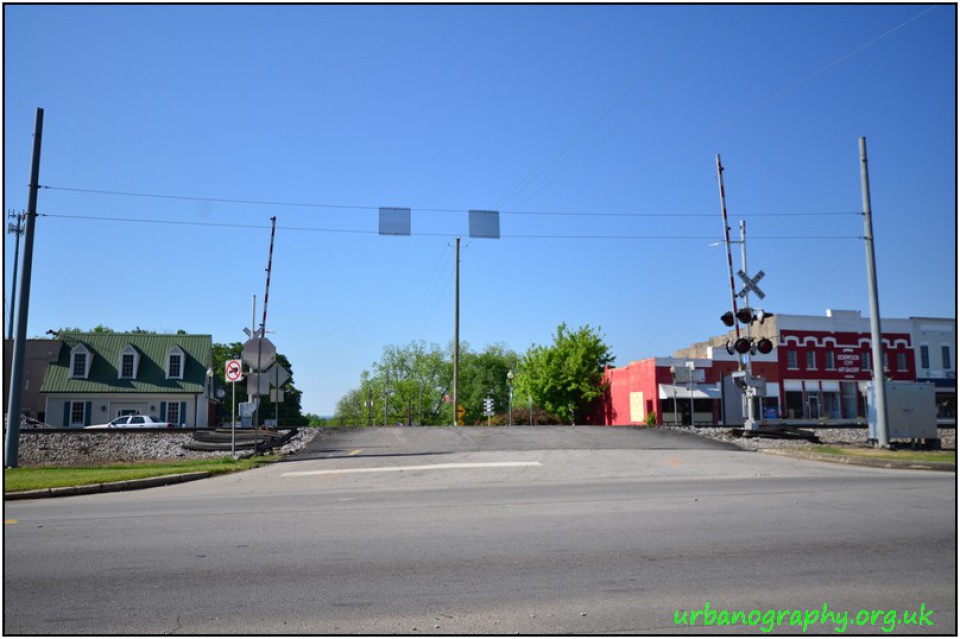 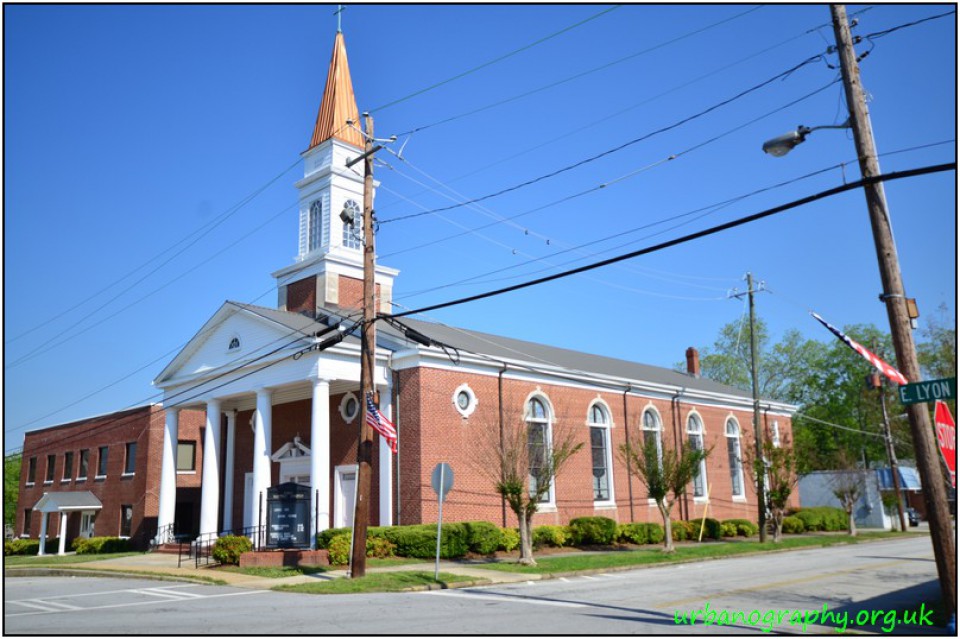 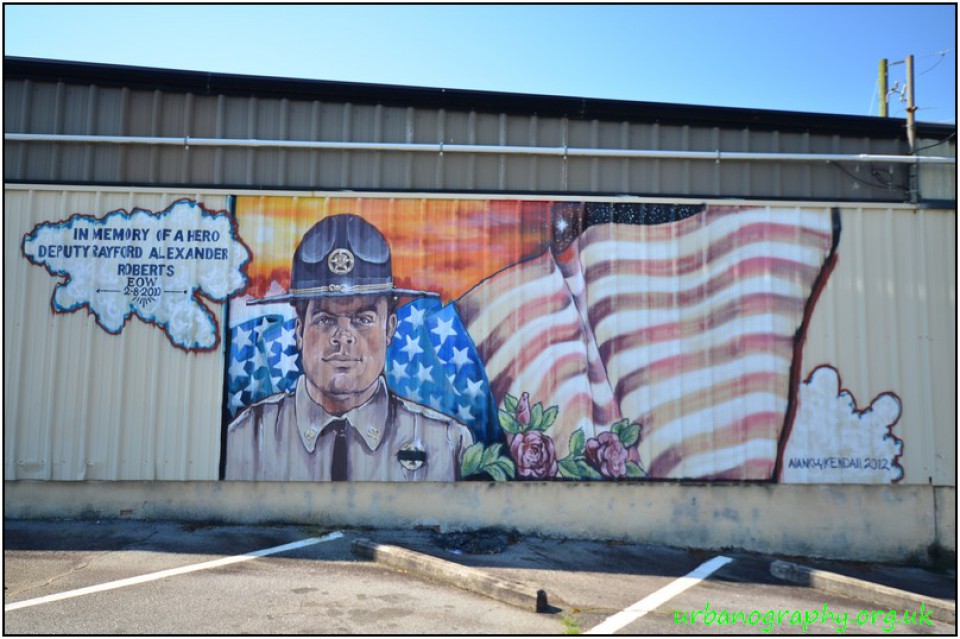 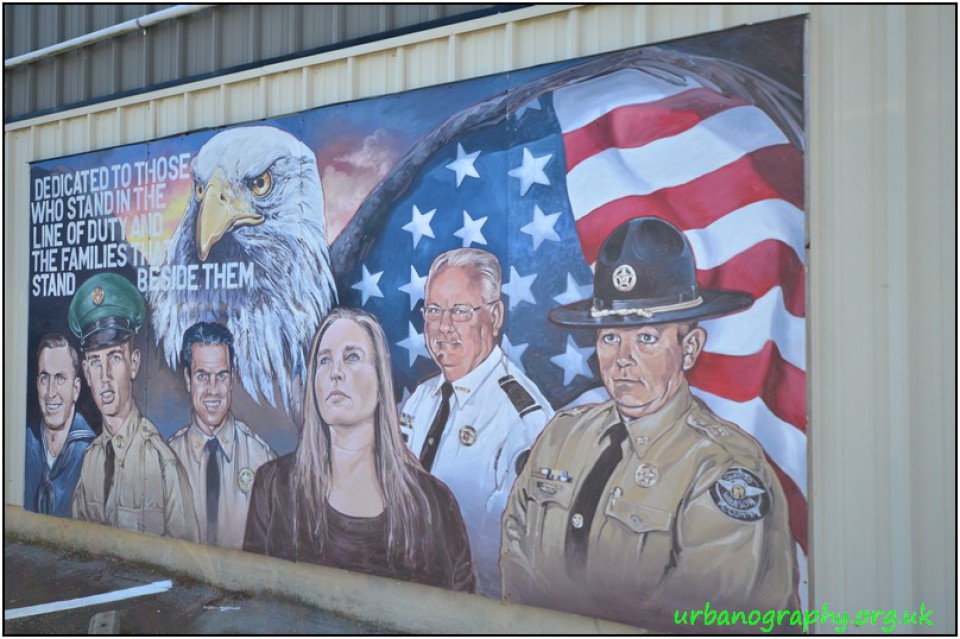 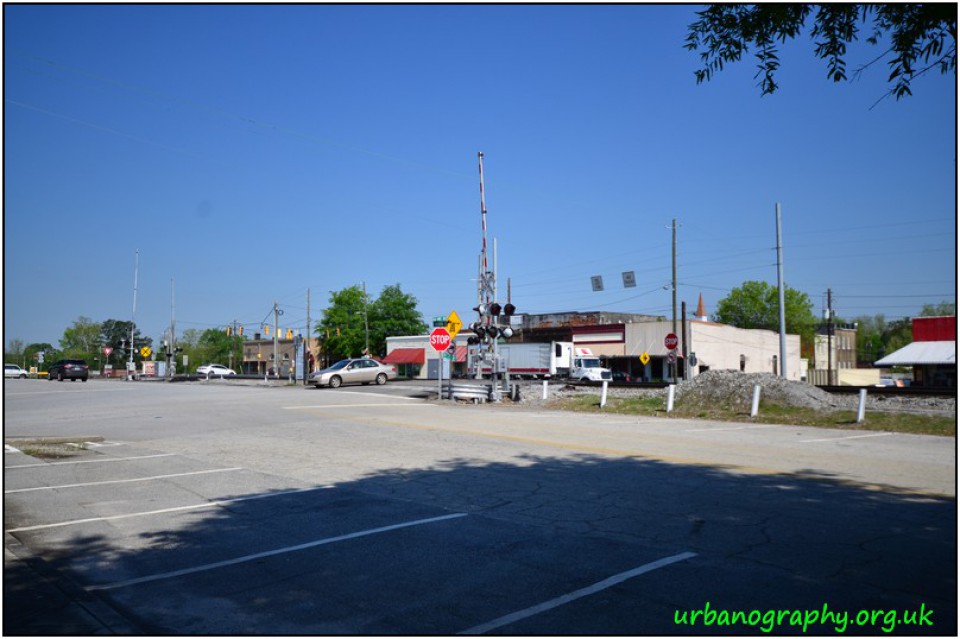 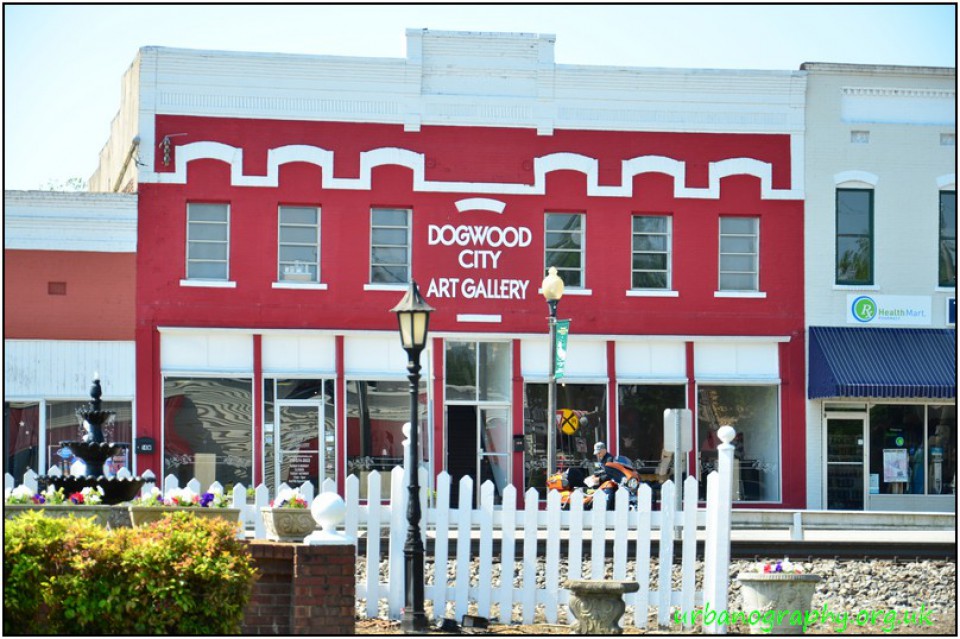 Well we are finally in the USA baby!  🙂

After a bit of a nightmare journey which saw us having to return home an hour into our journey to Manchester to retrieve my (Lucy) driving license (apparently they won’t allow me to drive around here without it, how rude!) We got diverted by roadworks but eventually found our hotel with a huge comfy bed yay! Glen was well away in lala land but I couldn’t sleep. Early up to get to the airport, stood in line for ages to be told as we didn’t have a hotel booked for the first night we were denied permission to fly. Cue a mad 20 mins trying to get the airport internet to work and book a hotel, we eventually bribed it with a credit card! Long 7.5 hour flight to Newark then the connecting flight was delayed to Atlanta by an hour so 4 hours waiting before another 2.5 hour flight. Ps Glen sleeps on planes, I do not so by this time I was kind of tired. Caught the sky train which should be called zippy (but wasn’t, I checked) to the car rental then had a terrible drive in the rain for 3 hours to hotel. Stopped for dinner at JR Crickets on way which taught me that mild here means burn your skin off your lips :/  Got to hotel, Days Inn, they have a microwave and fridge in there lol. Very tired room but comfy bed which I collapsed on.

This morning (Saturday) we drove through Alabama and finally got introduced to some Sun and some Southern hospitality when we stopped for lunch at a diner, Creek Travel Plaza (see photo) which is straight out of a 50’s film. We had fried catfish (Glen) and fried chicken (Lucy, although I pinched some catfish and hush puppies) . Super gorgeous. Then we tried some boiled peanuts which were yum. Only tried one but will definitely be trying more.  Then back on the road after some ribbing from the locals. Finally made it to NOLA (New Orleans for those not in the know) at about 4.30. Will update on it here tomorrow. Now we are getting ready to experience the nightlife of Frenchmen Street and jazz the night away.  Enjoy your Sunday dinner, we will be munching on crawfish or gator and on that note, later gators.  Xxxxx 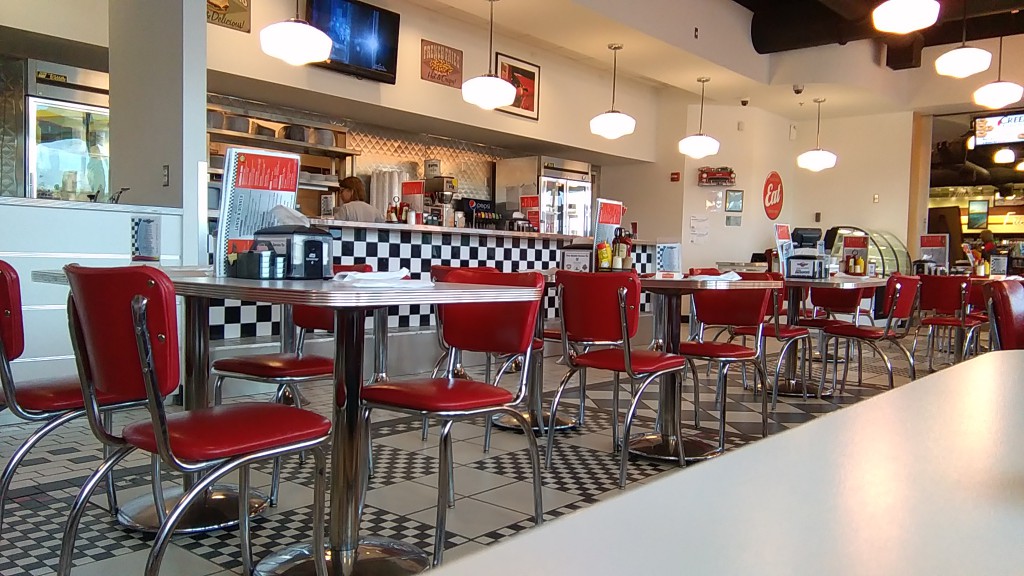