This was a more exciting find on one of our French holidays, I had been searching the interweb for memorials dedicated to the French Resistance and came upon one located near Bordeaux, no problem I thought, I checked the map got the location and we set off, on the approach road we noticed all the military signs but thought well the road is open so we carried on, we came a cross a barrier that was up and the traffic light showed green, so off we continiued, we came across a truck and Lucy asked if he knew where the memorial was, the reply was that we should not really be riding round and active army base without permission and we was escorted to the guard house where the we where introduced to the Base Commander, who was dressed in a track suit and smoking what i would like to think was a goulois cigarette, he spoke good English and explained that we should not be riding round an acitve army base without permission, to which i replied ‘the barrier was up and the light was green’ he took it all in good humour and got someone to escort us to the memorial with a warning not to stray of the road as there was live training being carried out, we gave him our thanks and got to see the memorial, then made our way of the camp, the barrier was down when we exited, but was lifted as we approached it. (so I guess we where being watched)
Camp de Souge, north west of Martignas-sur-Jalle and some 20 kilometres west of Bordeaux. has been military base since 1900 and now home to the French Army’s 13th “Régiment de dragons parachutistes”, providing accommodation and dedicated training and manoeuvres areas.
Here in July 1940, the base was taken over by German forces and over the next four years, more than 300 members of the French Resistance were executed here, most notably on September 21st 1942 when 70 people were killed.
The final execution occurring on August 21st, just days before Bordeaux was freed.
It wasn’t until 1999 that a permanent memorial was installed at Souge, in large part thanks to the tireless campaigning of an association known as Comité du Souvenir des Fusillés de Souge.
On six glass panels, the names and ages of those known to have died at Souge are listed in chronological order of their death.
Ceremonies of remembrance are held around October 24th of each year, the rest of the year, the memorial remains silently tucked away within the grounds of the military base. 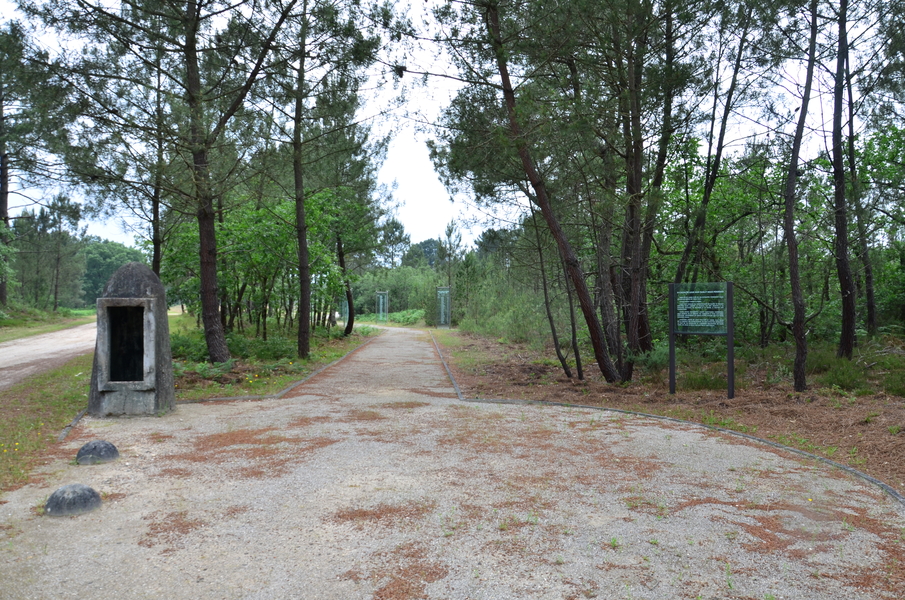 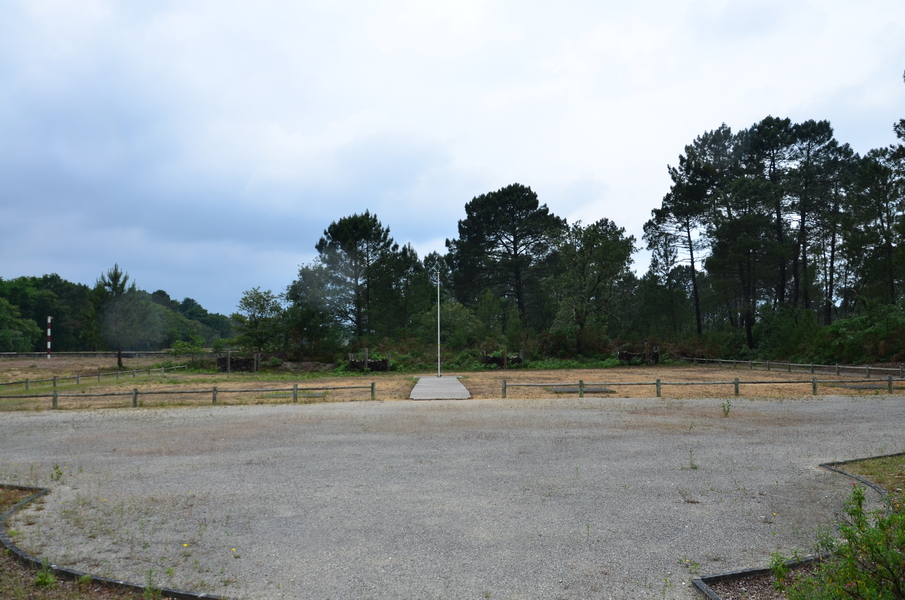 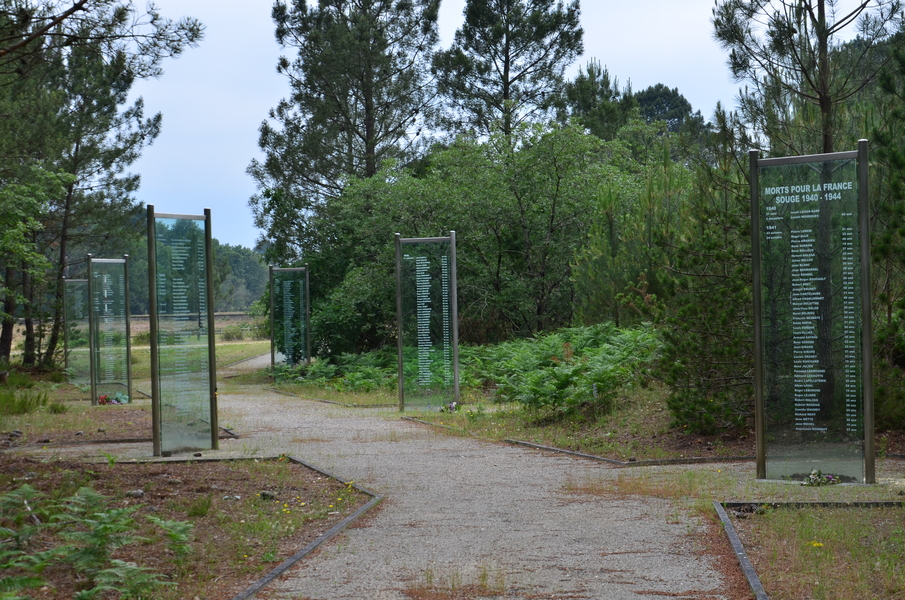 Deep within Spincourt Forest near the village of Loisin, lies Camp Marguerre. Established in 1915, Camp Marguerre was an German experimental site, it was here that the  use of concrete was to became increasingly important in terms of fortifications as the war went on. Captain Marguerre, after whom the camp was named, was a Berlin engineer, he and his men were sent to the area to set up a camp to test the use of concrete in war fortifications. By 1918 the camp was abandoned and the locals then set about removing the fixtures, fittings and furniture including the windows. WW2 saw the use of the camp by the French Resistance, which is rather ironic.